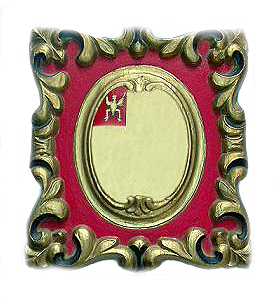 Please listen to the Introduction to this site.

My Christmas greetings to you all on You Tube

FAMILY TREES of other families.

INDICES to names contained in the above.

ARTICLES on history and family history.

MANUSCRIPTS of interest to the historian and family historian.

NOTABLE MEMBERS OF FAMILIES OTHER THAN JACOB.

PHOTOGRAPHS: There are some 1100 images on this site, but miscellaneous ones can be found here, starting with views of ADEN and YEMEN, ca 1915-1924.

PHOTOGRAPHS: A young Kim Philby. Who would have thought he would become one of Britain's most notorious Soviet double agents?

PORTRAITS: Three 18th century portraits of members of a Gostling family from Canterbury, together with a brief family history by Eliza Susanna Jacob (1836-1913).

A LISTING OF SOME ENGLISH CLERGY in 12th century - 1500. These pages are being added to on a regular basis.

DUCK DECOYS: A well researched and illustrated Power Point presentation about Duck Decoys, by Roger Callow. Duck Decoys, in this context, are not necessarily what you think they are. It's worth having a look. © 2010 Roger Callow.

A SMALL COLLECTION of Victorian Christmas and New Year cards.

A MUMMY'S SHROUD: Part of a shroud of the mummy of a priest called HAR, 16th dynasty, ca 900BC.

JACOB'S CREEK: A well-known branded wine, but after whom was it named?

JACOBS BISCUITS: But who made them? For the pedigree of this family click HERE.

ORAL HISTORY: The first of a number of recordings I shall post. This is of my grandmother Ellen Jacob in 1974 speaking about Lawrence of Arabia.

INVITATION TO SUBSCRIBE to the second edition of 'A History of Families of Jacob' in 1894, by Archibald Hamilton Jacob; it never appeared.

LINKS TO OTHER SITES

The copyright to all text and images contained in this site is vested in Winston E H Jacob and Kenneth W Jacob, unless otherwise stated. No reproductions or downloads of text and/or images may be made without the express permission of the aforenamed.