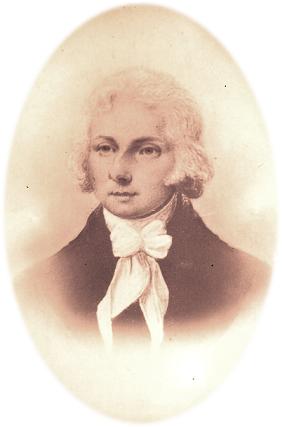 On 28th December 1797 he married at Ashford, by license, Eliza Susanna, the eldest daughter of the Reverend James Bond, vicar of Ashford. Eliza was born on 6th September 1775 and died on 20th August 1832 and was buried at Bromsgrove in Worcestershire. They had children:

There exists a charming letter written in 1823 to Lieutenant Herbert Jacob in India. It is written on both sides of a large sheet of paper, measuring circa 16" x 13", by 11 members of the family, Stephen Long and his wife Eliza Susanna and 9 of Herbert's siblings. It was written, as was usual at the time, in order to save money, one correspondent writing across the text written by another. I reproduce Stephen Long's contribution to it; the original can be accessed via one of the letter icons below:

Woolavington, Bridgewater, August 19th 1823.
My dearest Herbert,
tho' a few days only have elapsed since we despatched our last letter to you, yet I begin another immediately because from the circumstances in which it will be written it will be sure of being received by you with more than ordinary pleasure. At the moment, my dear Herbert, you are the only absentee of our family, and I am sure I can frankly say that if our joint wishes can make up the complement you would now form one of our circle. Our No 11 written the 7th of July will have informed you I hope before this of dear Edward's return to England but it was not till Thursday last (the 14th inst) that we had the happiness of seeing him once more under this roof, on the preceding day he had come to Bath by the Gosport Coach shortly afterwards he set out to walk hither amidst violent wind and rain immediately in his teeth, and arrived here after a most laborious walk continued uninterruptedly thro' the night just as we had finished our breakfast. 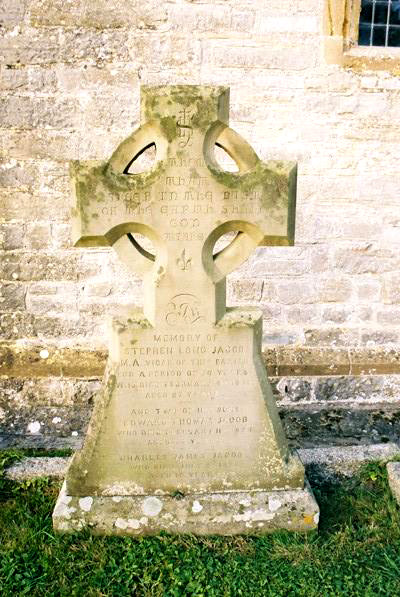 A summons was sent out the same day to Philip and George and on Saturday they both joined our party, the latter walking the whole way (48 miles) without stopping during the night and coming soon after our breakfast, and the latter arriving the same evening, partly by coach and partly on foot, and the remainder on the back of old Battler. Such a meeting you may well imagine has been productive of no small happiness to us all, nor has anything been wanting to complete it but to have you of our number at our Sunday night supper table. We all wished for your presence as upon no occasion has that party been more agreeable to us all. It is truly delightful, my dear Herbert, to your dear Mother and myself, to witness the affection that prevails mutually among all your brothers and sisters and we pray God that it may continue through life without interruption among you all long after we are in the grave. Never, perhaps, may we have the pleasure of seeing all of you together in person but in heart we trust you will ever be united. There can be no greater happiness to us in our declining years than to see you in love and harmony with each other. How good and pleasant it is for brethren to dwell together in unity. I use the words of the Psalmist and that blessing will attend you my dear Herbert and your brothers' and sisters' mutual love subsist between you. It is my wish that this sheet shall be filled with a few lines from us all and I will not therefore engross too large a share but will add that I end with love and best wishes for joyous happiness,
your affectionate father,
S.L.J.

August 30th 10 P.M.
We have had the happiness, dearest Herbert, to receive your No. 7 this evening and it could not have come more apropos as both Edward and Philip are both here to partake of the satisfaction which its contents have afforded to all under this roof and in two days more your two brothers would have quitted us, not to meet again, perhaps for a long, long time. George returned to Exeter on Monday last and when he was here we never failed to offer our united wishes for the health and prosperity of our absentee. It has been delightful to us to have so many of our children around our table even for a short time and great cause have we to be thankful to God's good Providence for blessing us with such children who are equally affectionate to us and to one another. God grant that the same harmony may forever continue among you all! We are all much pleased with Your style and manner of writing, which is easy and unrestrained and clearly conveys to us all that you wish to communicate and that in a way the most interesting to our feelings, - your determination to get out of debt as soon 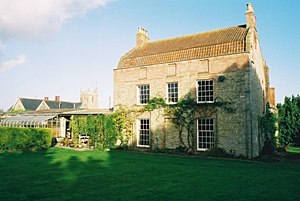 as possible, gives us great comfort and tho' the immediate consequence may be productive of some present mortifications yet rely upon it, my dear Herbert, that you will be amply repaid for the sacrifice of present ease by the consciousness of having done your duty. The trials and temptations to which you are exposed from your associates are similar to those which your brother Edward has so often had occasion to lament and as a steady adherence to those principles which we had impressed upon his mind in early life have by God's blessing secured him from falling. We hope that you and your brothers may, by following his example, be enabled to surmount all difficulties as he has done. - and retaimning his virtue and his innocence in defiance of all attempts that have been made to corrupt him by profligate and unprincipled companions - Edward leaves us this morning (Monday Sept 1) to return to the Glasgow at Portsmouth. We have had no letter yet from Mr Minet: and all hopes of a cadetship for George are now at end; and he will most probably go to Oxford for which he is well qualified - your uncle and Aunt at Faversham always send their love and best wishes to you. They were much pleased with your letter I have only room to add that I am your most affectionate father. S. L. Jacob

Eliza Susanna's contribution is as follows:

August 23rd.
We have thought much about you my dearest Herbert since dear Edward has been with us, and all wish that you could have joined our party. Dear Edward is looking thin, and not in very good spirits, being still a Midshipman a few days at home will do him good, he has been and still is exposed to the same temptations which you are, my dear Herbert, and I trust that by God's assistance you will be as little corrupted by them as he has been. Edward is yet ignorant where his next voyage will be he is anxious to get into another ship, to be on a foreign station, and to go anywhere most likely to accelerate his promotion; you are likely my dear Herbert to be better off than your brother at 23 tho' your promotion may not be very quick as all now seems peaceable in your part of the world. I hope my dear Herbert you will soon be able to pay off all your debts, but this can only be done by saving as possible; and even tho' you deprive yourself of what others may think necessary I am sure you will feel happier to be clear in the world and to be able to call what little money you may have your own. Edward says that at Calcutta, every thing necessary for an officer may be purchased often as cheap as in England, I am sorry it is not so in Bombay. Tomorrow, I trust, we shall have our full party again at our Sunday night's Supper, and we shall say as last Sunday, I wish dear Herbert were here; the next day dear George will return to Exeter. Last Sunday, Maria's baby was christened Herbert. The last Bath paper informs us that Charles Tufnell has a son. We have plenty of fruit, but the Wasps devoer (sic) a great deal of it. Mr and Mrs Cox have been staying a little time with Mrs Greenhill and are now gone to Ireland, to visit his family. I hope dear Herb you try to improve yourself in the native languages. Your cousin Elizabeth has had a letter from George (George Legrand Jacob) he says he shall be happy to give you every assistance in his power, he cannot assist you with money, but whatever is in his power, he will be glad to do. Having filled my share of the paper, I must bid you adieu, my dearest Herbert. Believe me ever your affectionate mother.