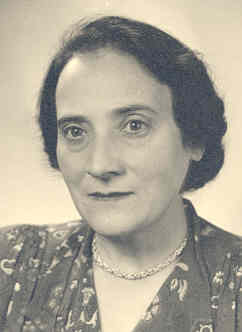 I have childhood memories of Else Scholten (1902-1981). She was an actress and a member of the Millowitsch-Theatre, a keen participant in Karneval festivities in Cologne and elsewhere. Her son I met too, to play with, although he was some years older than me. Both were good friends of my German grandparents and their family, my grandmother also being an active Karnevalistin.

Else was Jewish and had married a German, who went on to join the Nazi party, and subsequently divorced her because of her faith. The effect of this must have been devastating for Werner, their only child. Yet they survived in Hitler’s Germany. Else managed to continue to live openly in Essen for much of the war; perhaps her husband, for his son's sake, assisted here. Towards the end of the war, however, she was taken to Theresienstadt Concentration Camp; she survived. Perhaps her wealth played a part in this, or perhaps her many friends played a role in this too. I have been told stories about Jews in Essen remaining in hiding during the war years, one of whom spent much of that period living in a cellar not far from where my grandparents lived. After liberation from Theresienstadt, Else remained in Germany to work, and her career went well.

Werner’s life was not to be an uneventful one. He became a well known society photographer, much feted in Germany. His undoing was an affair he had with an Iranian photographic model, Parvaneh Koshnevis, some many years his junior. He discovered she had been unfaithful to him - and shot her dead. The trial hit the headlines in Germany and elsewhere, and was reported at length in Quick magazine.

After the trial, where his guilt was not disputed, my mother received a phone call in London from his mother Else. I recall it well, as I was there at the time. My mother was asked whether she would take Werner in to live with us in London, and look after him. Else was wealthy and would look after my mother and Werner. My mother, after some thought and discussion with me, decided to decline the offer; she feared, perhaps not unreasonably so, that Werner was by now a little too unstable.

The curious thing is, he was never incarcerated in Germany. Apparently he was suffering from an incurable desease and was receiving treatment in Hamburg. We last heard, however, that he had gone to live in Teneriffe. From then on we gradually lost contact with both of them.

Else died on 14th October 1981, but I would quite like to know how Werner's last years played out. 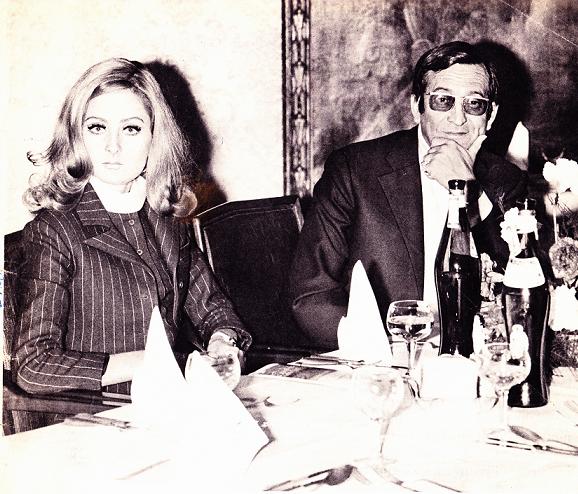