FAVERSHAM IN 12th AND 13th CENTURIES 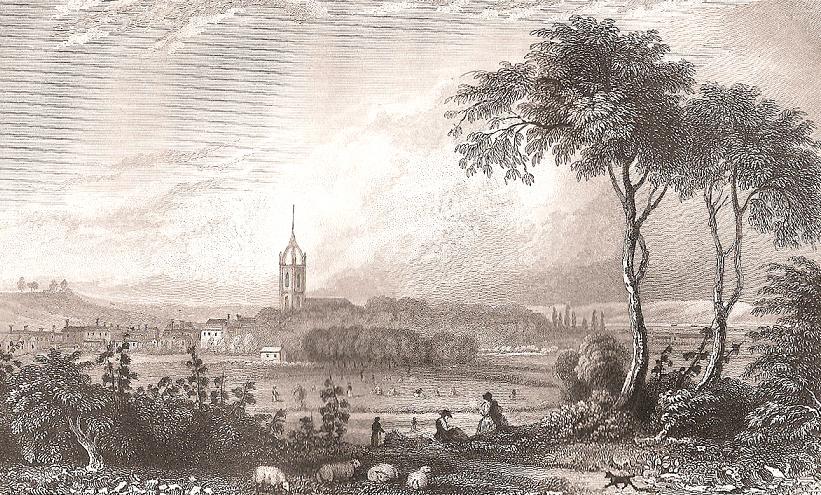 There are few historical references to Faversham in the immediate period following the conquest, those that exist being largely charters, both Royal and ecclesiastical. It is after Stephen and Maud established an abbey at Faversham, that the town becomes increasingly well documented.

Early abbots of Faversham enjoyed a respect which saw them witness many charters, as also being employed on papal commissions and enquiries. In 1171-1173, for example, the abbot, along with the bishops of Exeter and Worcester, was appointed by the Pope to enquire into the state of St Augustine’s, and if necessary to dispose of its abbot elect ‘the worthless Clarembald’ . Gervase of Canterbury writing at the end of the century says the community accused Clarembald of incest and that he was disposed on the grounds of this accusation alone.

Towards the end of the 12th and throughout the 13th century legal records give us most information. The Curia Regis rolls (superseded by rolls of the Courts of King’s Bench and Common Pleas), Eyre Rolls, Pipe Rolls and Memoranda Rolls are the principal sources, apart from charters, which as the 13th century progresses become more abundant.

One notes an ever-increasing number of disputes between the abbey and the townsfolk.
As early as 23rd April 1216, we find a mandate of King John ordering the Sheriff of Kent to distrain men who were hostile towards them, of all those lands they held in the bailiwick of the abbot and convent of Faversham, and that they perform to the said abbot and convent all service due to them without delay . Yet the manor, one might have supposed, should have enjoyed a certain degree of stability, being, until the dissolution of the monasteries, in the one hand.

Endowing the abbey with the manor of Faversham was a recipe for disaster. The abbot and convent as lords of the manor, with all the incidents of manorial tenure this entailed, tried to exact their rights to the last penny. Yet the townsfolk had over a period acquired many rights and privileges of their own from the crown which set them on a collision course with the abbey.

As a corporation they were granted privileges by the crown. On 4th June 1252 King Henry III made a granted them inter alia quittance of toll and all customs for all their sales and purchases in England and Normandy, with den and strand at Yarmouth .
A charter of the Cinque Ports dated 20th May 1260 relieves their barons from common summonses, and the jurisdiction of the justices in Eyre .

In another way we see the two parties ‘polarised’ by borough custom, already well established by 1254, whereby if a thief be taken in the town of Faversham he ought to be kept at night by the men of the town in the mill called Burgesmill and by day those who hold the mill of the abbot ought to keep him .

The crown, as always in need of money, was only too happy to sell privileges to the Barons of Faversham, not necessarily envisaging the consequences. The pressure for them to acquire these could not have been withstood either. It could not within the country at large, but particularly not coming from a town that was incorporated fairly early on and was a limb of the Cinque Port of Dover. It could not in the country at large, because of the emergence of a mercantile burgess class. Possibly more important, with a port like Faversham it could not, because the Crown depended upon the Cinque Ports for a supply of vessels and men for the defence of the realm in case of war.

Yet the abbot was also prone to interference from higher authority, as is shown by a mandate to Stephen, papal chaplain, dated 19th February 1230, not to molest the abbot of Faversham, a house founded and endowed by the ancestors of King Henry, who freed it from all servitude and cess, the said Stephen having exacted a yearly cess of one mark, under the pretext of some privilege of exemption obtained by a brother of the monastery from pope Eugenius .

Being a port it lived by trade (and indeed, as all the Cinque Ports, a fair degree of piracy). Many of its inhabitants travelled, not just on coastal trade, but to the continent and, no doubt, on occasion further afield. By then prevailing standards they were worldly and educated. It gave them an independence which was quite contrary to the restrictions imposed within and by feudal society.

To complicate their relations with the abbey further there were other parties involved. The abbot and convent of St Augustine’s owned the church and most of the tithes of Faversham, as also no doubt considerable other property in the area, as is shown by the grant of Helton the son of Richard. In 1148-1150 he gave them 16 acres of land at Sceldrichesham for the salvation of his soul and that of his wife Hasche .

The Church, a major land owner, was of course involved in the town’s affairs on a great many occasions, as is shown in c 1146 in the dispute between the incumbents of Faversham and Selling, over the parochial allegiance of the men of the King in Faversham. The decision went in favour of Faversham .

The Crown’s involvement was largely through the sheriff. In 1191 the Pipe Roll states that a murder had been committed in the 100 of Faversam and that it was fined 5 marks. 45s 8d were paid into the exchequer by the sheriff of Kent, and for charters of pardon the brothers of the hospital paid 7s, the church there 20d and the monks of Faversham 12s 3d. This incidentally almost certainly establishes a hospital in Ospringe some time prior to what has generally been assumed . It is also stated that Ospringe owed 10 marks, because it did not raise hue and cry after the murder of a jew . It is more than likely that these events are one and the same.

Whether the abbot and monks actually contributed towards the fine is not clear. According to Stephen’s original charter they were quit of murder, as is demonstrated a few years later by a writ dated 23rd April 1232, directed to the sheriff of Kent, ordering him to reverse a decision in the Royal court, whereby the men of the abbot and monks of Faversham were fined for a murder committed in the hundred, because it appears by inspection of the rolls of the Exchequer that they are quit of murder, as appears by free charter of his ancestor. It is not impossible that the above related to the fine imposed in 1191, as justice was very slow to take effect in this period. On the other hand, the Eyre roll of 1227 also shows a murder to have been committed within the hundred.
.
The crown was also directly involved in the affairs of Faversham. A charter gives us what is surely the earliest reference to an anchoress in Faversham. Queen Maud in the period 1135-1152 (possibly 1151) gave an acre of land to the nun Helmid, to build her home in alms at Faversham, next to the cemetery, between the church of St Mary and the church of St Gregory. After her death the land was to revert to the church for the salvation of the souls of Stephen and Maud and their children .
This is quite likely the earliest reference we have to an anchoress in Faversham.
King Stephen confirmed this grant although calling the chapel the church of St Gregory.

Extracted from Faversham Biographical Register, second edition, due to be published 2008